I want to say up front that this is no longer the Eastside Pioneers Neighborhood Association website. I will be changing the name and format soon. It will be more of an information site for Rochester and surrounding area.  However given recent neighborhood developments I think it is imperative to use this website to get information out to the neighborhood and to the community as soon as possible.

I received a call from a concerned citizen over the weekend regarding a roundabout proposal that appears to have passed the city council which would be located at the intersection of 11th Ave NE/SE and East Center Street. To my knowledge the neighbors in the area were not notified of such an effort. Here is information on the roundabout. Let me know your thoughts 507 244 1898 or mlaplante@aol.com 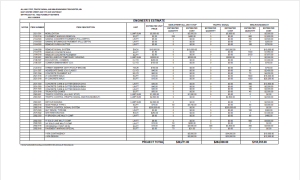 I also wanted to let neighbors know about proposed developments on the west of the neighborhood association. One is located in the area of 709 4th Street SE. That one would be the one proposed by Three Rivers Community Action. There was an attempt several years ago to establish a development on this block but the neighborhood association was able to stop those plans. Now efforts to develop that area have once again resurfaced.

The other proposed development would be along and near East Center Street between 6th Ave. SE and Mayo Park Drive. There are several properties involved and they are all owned by the George F. Pougiales Family/Helen Roland.

There is a meeting regarding the Three Rivers proposal and the George F. Pougiales Family/Helen Roland proposal at 7 PM on Thursday March 12 at the St. Francis Parish Activity Center, 1114 3 Street SE.